Promotional Packs were first seen in March 2022, replacing individual card giveaways with a random selection of cards instead. Here is everything we know about them.

Promotional Packs made their debut appearance on 19th March 2022.

In preparation for the Grand Archive Community Tournament #2, one of the developers shared a cropped image on the Grand Archive Discord server of the back of an empty pack with an identifier code of 17 MAR 2022.

An extended version of this image was shared on 24th March 2022 in Kickstarter update #20.

Promotional packs were to replace the individual cards the development team had been sending out in giveaways and events (as they had in all previous events).

The 17 MAR 2022 identifier turned out to be just an internal test and was not publicly released. The first promotional packs to make their way out into the public had the code SAMPLE, followed shortly after by SAMPLE2 and SAMPLE3.

This section provides a brief overview of how many of each of the Grand Archive promotional packs have been produced.

All promotional packs are identical in appearance. The identifier code specifically denotes the pack’s contents. Unlike before where winners of giveaways would be awarded a specific card, these packs would contain one card at random from a pool of cards.

This list aims to cover everything known about various Promotional Pack releases.

Also referred to as “SAMPLE1”, this pack was only distributed during a single event, the Grand Archive Community Tournament #2.

Note: The foil Lorraine, Wandering Warrior CMT-013 sample has a 50% chance of being either the matte foil or oil foil variants.

The SAMPLE code packs had a very small public distribution. On 26th March 2022, 19 packs were awarded in the Grand Archive Community Tournament #2, with a further 2 packs being awarded to the tournament’s organiser.

A further 11 SAMPLE packs were advertised as the reward for the first Friday Night Grand Archive tournament on 15th April 2022, however by then the developers had introduced new SAMPLE2 packs and awarded those instead.

In total, only 21 SAMPLE packs are known to have been distributed.

Note: The foil Lorraine, Wandering Warrior CMT-013 sample has a 50% chance of being either the matte foil or oil foil variants.

On 1st April 2022 the first Friday Night Grand Archive tournament was announced with 8 SAMPLE code packs advertised as the reward. However by 15th April when the event went ahead, SAMPLE2 packs had been introduced by the developers and they instead awarded those. In total, 8 SAMPLE2 packs were awarded at this event, with a further 10 SAMPLE2 packs given as a surprise reward to the participants.

50 SAMPLE2 packs were awarded on 30th April 2022 randomly on Discord to people who had left comments on cards featured on Grand Archive Index.

20 SAMPLE2 packs were awarded on 8th May 2022 to winners of a Guess the Art event on Discord.

8 SAMPLE2 packs were awarded on 13th May 2022 during the second Friday Night Grand Archive tournament, with 3 packs going to the winner, 2 packs to 2nd place, 1 pack for 3rd and 4th place and 1 pack randomly awarded to a participant outside of the top 4.

16 SAMPLE2 packs were given out at Collect-a-Con on 29th May 2022 during a live stream event hosted by TofusTrading.

15 SAMPLE2 packs were given out over a 3 week period from 20th June 2022 by Maindeck during a Grand Archive league on their Discord server sponsored by the developers.

20 SAMPLE2 packs were awarded on 28th June 2022 randomly during a Silvie Emote event on Discord.

Approximately 200 SAMPLE3 packs were given out at Collect-a-Con in May 2022.

P22 - 1 was the first time Promotional Packs had been used to distribute non-sample cards. The cards in SAMPLE, SAMPLE2 and SAMPLE3 are not legal for play, but the cards awarded from P22 - 1 packs are printed on finalized card stock and - despite being released a couple of months before the Dawn of Ashes First Edition set was distributed - are legal for play and not regarded as samples.

The developers stated publicly that the Dungeon Guide promo would have 2,100 non-foil and 300 foil copies. This results in a total of 2,400 P22 - 1 code packs distributed.

Approximately 480 packs were distributed at Anime Expo in July 2022.

On 22nd April 2022 in Kickstarter update #21 it was announced that personalized Promotional Packs were awarded as an appreciation to valuable community members. The members listed in this update were:

* davidmfinol confirmed for this article that he also opened his personalized pack but couldn’t fully remember what the pack’s code was, stating that he was certain it contained “DAVID” but wasn’t sure if there was any more to it.

* Akumas (Chris) also confirmed for this article that he had opened his personalized pack and also couldn’t remember what the code was, confirming that all 6 packs announced in Kickstarter update #21 were opened.

On 23rd May 2022 content creator Tyler Lee (@onceinluv) also revealed that they had been sent a personalized pack with code ONCEINLUV along with some 7th iteration samples to be destroyed on video. 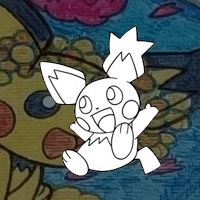